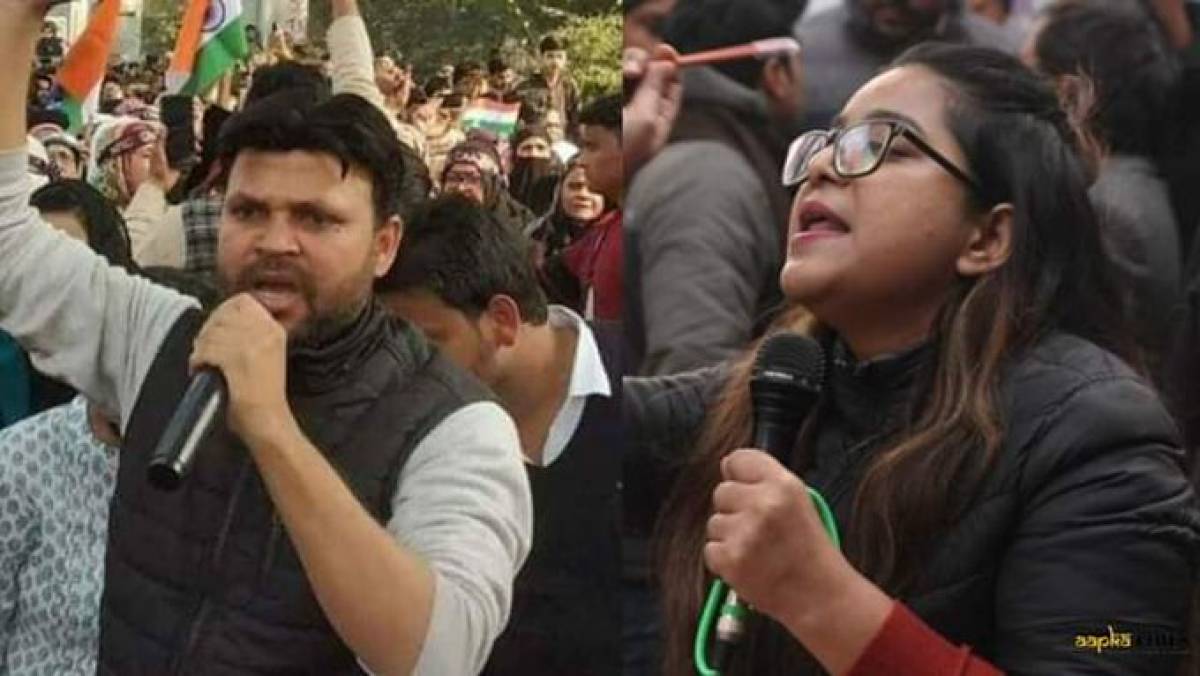 Listen to the audio here

It was submitted that Safoora had polycystic ovary syndrome which could increase the chances of miscarriage. However, the Additional Sessions Judge Dharmender Rana dismissed the plea, saying he did not find merits in it.

Soon after the verdict, the liberals started their campaign on twitter and other social media platforms. Swara Bhaskar shamed the court for denying bail to the pregnant Safoora. She is lodged at Tihar jail for her alleged role in Delhi riots.

Probably, the dim-wit Swara could have had different view if she would have been beaten up by Safoora as she had done to one Seema Aiman Rizvi, a Muslim activist. Seema was assaulted by protestors, who had accused her of being an RSS agent.

The liberals might have sympathy for the pregnant Safoora, but that does not make any case for setting her free. If Swara can sympathise with the Safoora, there should not be any difficulty in sympathising with Seema, who was having kidney problems. She was assaulted and confined in a room by Safoora and her notorious gang during anti-CAA protests.

In this context, it is very important to know the criminal record of Safoora, before anybody sympathises with her. She is not alone in inciting riots, but there are many others with her. Some of them include JNU student leader Umar Khalid and RJD youth leader Meeran Haider.

They have been arrested under the Unlawful Activities (Prevention) Act (UAPA) and accused of premeditated conspiracy to incite riots, which killed 53 innocent people, including IB officer Ankit Sharma, who was stabbed multiple times in ISIS style.

They have also been booked under sections pertaining to sedition, murder, attempt to murder, promoting enmity between different groups on grounds of religion and rioting.

In fact, Khalid is the one who had praised slain Hizbul commander Burhan Wani in a Facebook post. He had compared Wani to Argentine Marxist guerilla leader Che Guevara.

Safoora also had conspired with Khalid, who allegedly gave two provocative speeches in Delhi, urging protestors to block roads during US President Donald Trump’s visit. She was also in touch with the Jamia Millia Islamia University Alumni Association President Shifa ur Rehman, who was arrested under UAPA on charges of provoking communal riots in Delhi.

He also is accused of receiving funds from Gulf countries to hold protests against the Citizenship Amendment Act in various parts of Delhi. The money was spent to instigate Delhi riots. He also indulged in hate speeches, resulting in riots in areas like Jamia Nagar, Shaheen Bagh, Seelampur, Khureji, Inderlok and Hauz Rani.

Therefore, all these alleged crimes of Safoora should not be confused with the sympathy narrative weaved around her pregnancy. There are qualified and professional doctors in the prison, who can give her best of the treatments, and that’s what the court ordered.