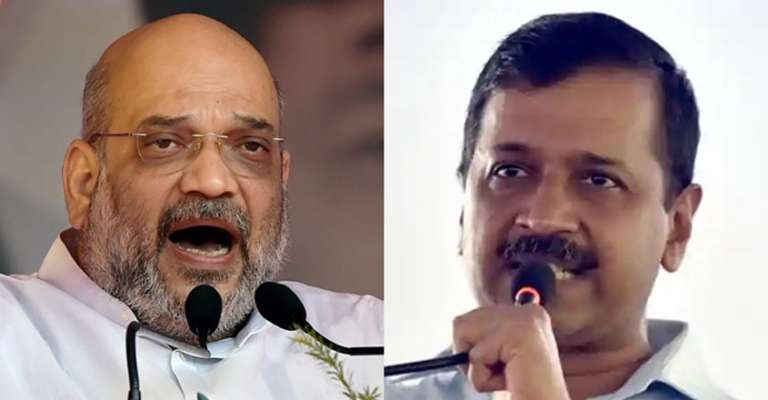 Those who were with Arvind #Kejriwal and Anna Hazare during anti-corruption movement would hang their heads in shame.

Why am I saying this is, there is a shocking report that has been released to media.

As per the Association of Democratic Reforms report, the Aam Aadmi Party has given tickets to a whopping 60% candidates who are facing criminal charges.

Out of which, 51 per cent are facing serious criminal cases.

This came to light after a report was released to media by the Association of Democratic Reforms.

Of a total of 672 candidates filing nominations, #AAP tops the list with 42 out of 70 candidates, while 36 among them are facing serious charges.

In the last elections, Kejriwal had fielded candidates, without the assent of AAP leaders #PrashantBhushan and #YogendraYadav.

Sadly, some of the candidates who became legislators, were booked for criminal offence later.

Former Delhi Social Welfare Minister Sandeep Kumar was arrested for rape after a woman was seen with him in the sex tape.

The then law minister Jitender Singh Tomar was arrested for using fake degrees to enrol as an advocate.

He ws charged with cheating, forgery and criminal conspiracy.

Another AAP MLA Somnath Bharti was charged with harassment, cheating and criminal intimidation in a domestic violence case filed by his wife.

When Prashant Bhushan and Yogendra Yadav, raised voices against corrupt actions of AAP leaders, they were expelled for anti-party activities.

Bhushan also had alleged that a panel headed by him was revamped illegally.

Such allegations, even in this election, are being heard.

And why all this is happening?

Because it is the nature of Kejriwal to fool people, make false promises and spread lies.

He was the one who was saying that even after becoming chief minister he would live like common man, in simple house, and would not seek security cover etc etc.

But, he broke all these promises and did the opposite.

Therefore, those people who were with Kejriwal, would be ruing the fact that they believed a person like who was not worth believing.

Because, Kejriwal had promised to clean up the system and government corruption free governance, besides changing the whole system, but unfortunately he himself changed altogether.

Pro-Cong Media Planting Hasty Stories On BSY After UP Failure