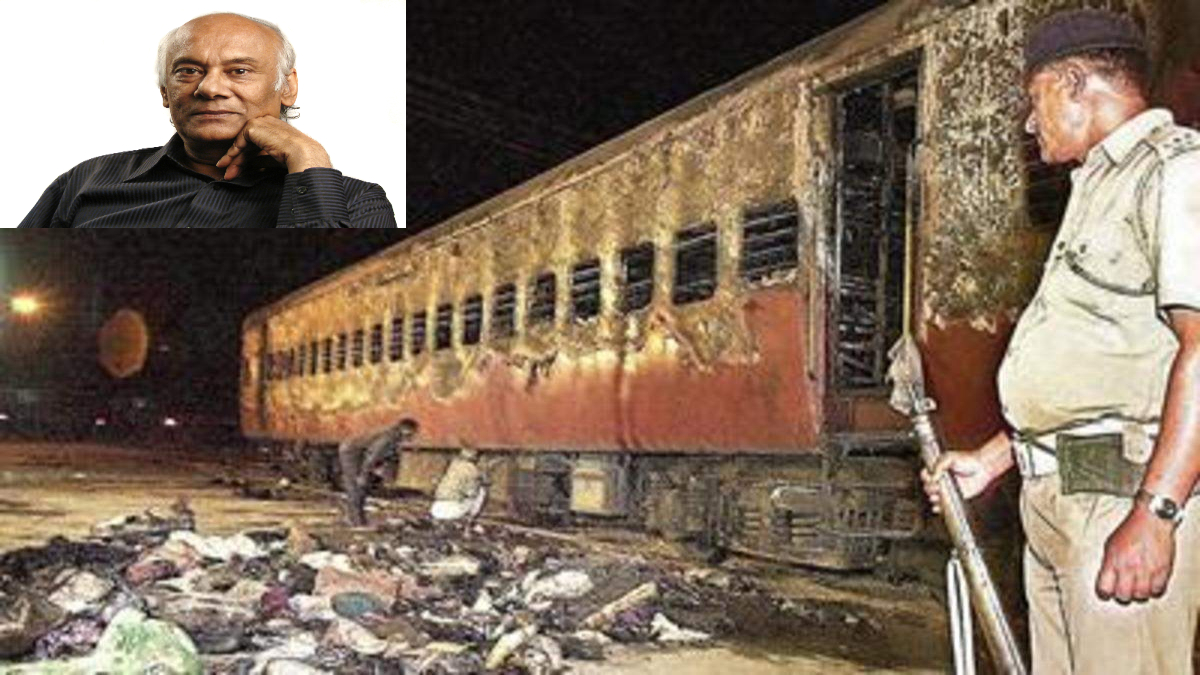 Mukul Sinha Was No Less Than His Son Pratik

We are given to understand Pratik Sinha is a fake news buster, but it is otherwise. In fact, he is the biggest fake news spreader of all. Almost every news watcher is aware of it. But, do they know about his father?

His father, late Mukul Sinha, was co-founder of a website called “TruthofGujarat”, which was launched in 2013. Instead of spreading truth, they spread outrageous lies against BJP, beginning 2014 Lok Sabha election campaigns. Their propaganda did not yield fruits and BJP stormed to power with a resounding victory.

The “TruthofGujarat” thereafter became irrelevant, because the leader whom they were maligning, became the Prime Minister. The stories on their website against Sangh Parivar and Narendra Modi lacked credibility.

After their failure to stop BJP’s juggernaut in 2014, they launched AltNews.

Mukul Sinha is the same person who had fought a legal battle for terrorist Javed Sheikh as his lawyer. Sheikh is the one who was killed along with three other co-terrorists including Ishrat Jahan in 2004.

He was so desperately anti-Modi that any success stories of his government were not acknowledged, but ran a campaign of blaming him for anything negative happening in Gujarat.

In this quest, he and his son blatantly indulged in lies, defamation and violating IPC provisions of 153 A (needlessly infuriating a community) and 499-500 (Defamation).

Mukul Sinha had lied that Modi had not visited a single relief camp even after 35 days of Gujarat riots. However, he had visited relief camps on 6 March 2002. The riots had broken out on 28 February and had ended on 2 March 2002.

The 7th March 2002 The Hindu had reported thus: “Mr. Modi visited relief camps housing the minorities and instructed the officials concerned to ensure supply of essential commodities. Doctors visited the camps to treat the injured for the first time today since the beginning of the violence. Some 30,000 people are being sheltered in 18 relief camps.” Besides, India Today and Times of India also reported about the visits.

Not only this, the Supreme Court-appointed SIT’s report also talked about Modi’s visits to relief camps with L K Advani on 3 March and his independent visits on 5 and 6 March, but TruthofGujarat refused to budge, but continued its lies, saying it believed Frontline magazine more.

This nails the outrageous, inflammatory, and defamatory lies of TruthofGujarat, which believed Frontline, which is a sworn anti-RSS and anti-BJP fortnightly magazine with staunch Leftist leanings. Before publishing the story, it did not bother to refer its own report on Modi’s visits on 6 March. Or did it do deliberately to malign Modi?

Some More Misdeeds Of TruthofGujarat

The Sinhas did not stop at that. They spread outrageous lies about a pregnant woman’s womb being ripped apart and foetus taken out.

They also reported about 2000 Muslims getting killed in the riots, whereas the UPA government had given figures of 790 Muslims and 254 Hindus.

They also tried their best to let the barbaric killers of Godhra go scot free. They tried to save the Muslim mob by saying that the Godhra carnage was not executed by them, whereas an accused had confessed before a judge in February 2003 that it was a planned act and he himself had taken part in it. Though the accused retracted his confession later, the Sinhas did not educate the people that confessions made before a judge are admissible as evidence.

Related Article  Does The Left-Liberal Media Has The Spunk To Air These Jihadi Videos?

Mukul Sinha, in fact, said: “It is nonsense to say that Godhra was a planned act or a conspiracy. It was an accident, which was wrongly termed as the most horrendous diabolical incident.”

Their website kept denying involvement of Muslims in Godhra carnage even after a trial court convicted 31 Muslims in February 2011.

It also claimed that it was an accident without explaining, if it was so, why didn’t the passengers run out to save their lives. They did not do this because the armed Muslim mob had surrounded Sabarmati Express train and pelted stones.

Not only the trial court, but also SC-appointed SIT and Nanavati Commission had declared Godhra an act of terrorism by Muslim mob.

MUKUL Sinha also termed Gujarat riots as genocide. Alas, what can one expect from a person who takes up the cause of terrorists in the court and tries to frame innocent people?

He also indulged in whitewashing Muslim acts of murder post-Godhra. In fact, they had killed scores of Hindus and rendered 40,000 Hindus homeless and moved to refugee camps in Gujarat.

The Hindu had reported on 2 March 2002: “But unlike Thursday (i.e. 28th  February) when one community was entirely at the receiving end, the minority backlash (on 1 March) caused further worsening of the situation. Police presence had little impact on the two communities pelting stones at each other in Bapunagar, Gomtipur, Dariapur, Shahpur, Naroda (Muslim-concentrated areas) and other areas from where incidents of firing had been reported.

But there were no reports of casualty. Pitched battle was continuing between the two communities late in the evening. The official sources said timely arrival of the police foiled a retaliatory attempt to break into a prominent temple in Jamalpur locality in the walled city.”

Mukul Sinha also indulged in defaming Modi and Amit Shah by accusing them of stalking and snooping on a woman architect. In reality, it was a security sought by the woman herself against the Sharma brothers, who are sworn opponents of Modi and hero of secular-liberal lobby.

The woman had petitioned Gujarat High Court saying it was security, not surveillance. Yet, he and his son Pratik did apologize to Modi for the slander.

These are just a few examples of the dangerous, outrageous, inflammatory and defamatory lies spread by Mukul and Pratik Sinha through their websites – TruthofGujarat and AltNews.