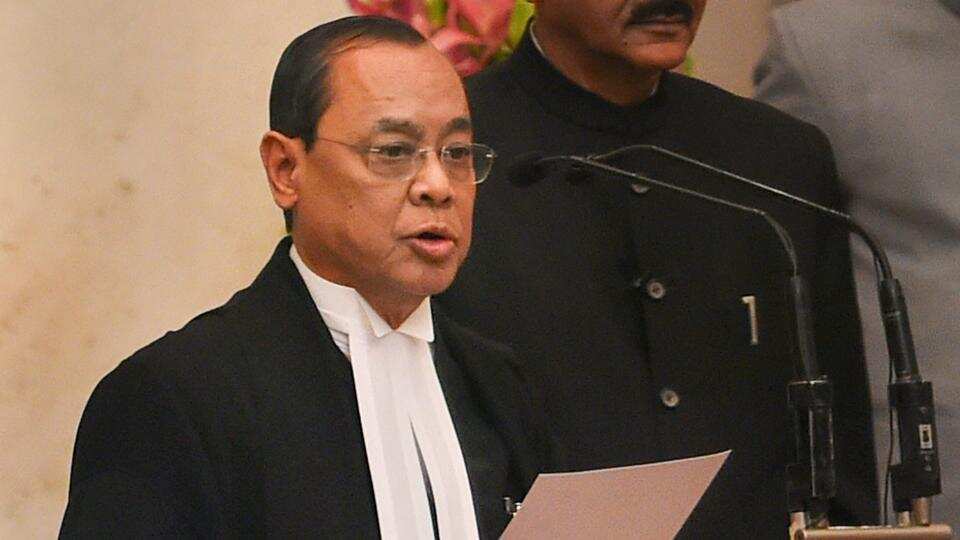 There is a very famous Hindi idiom, which says “Khisyani Billi Khamba Noche” (The frustrated cat unable to catch a mice claws at the pillar).

The very condition of the Opposition and the left-liberal jamaat, now a days, is of a frustrated cat, which wants to rake up a ruckus on each and every issue.

After not getting much success in pressuring the central government to withdraw CAA, the jamaat has raked up a ruckus on yet another issue.

The issue is, the nomination of former Chief Justice of India Ranjan Gogoi to Rajya Sabha.

Why are these leaders raking up this ruckus?

They argue that Justice Gogoi has been rewarded by his masters, the BJP, for giving a slew of judgments pertaining to religion and politics, in favour of Narendra Modi’s government. Be it on Ayodhya dispute, Sabarimala and Rafale cases, to name a few.

Several Congress leaders claimed the move was an attack on independence of judiciary, while “Bhadkaoo Bhaijan” (Assaduddin Owaisi) called it a quid pro quo decision.

One of the kingpins of left-liberal jamaat Yogendra Yadav claimed Justice Gogoi’s appointment unconstitutional. One must ask this shameless guy, whether the Congress party was his master for making a member of the Equal Opportunity Commission to redress grievances of Muslims and other minority communities.

They, however, deliberately ignore the fact that Ayodhya and Rafale judgments were not delivered by CJI Gogoi alone. The Ayodhya and Rafale verdicts were given by a five-judge and three-judge bench. Therefore, it is an insult to the other judges of those benches to allege quid-pro-quo.

Let’s not expand more on it. However, a few questions arise. Has Modi government did the right thing in nominating Justice Gogoi to Rajya Sabha? Or has it done something that has not been done earlier by any other government?

There some points that are very important to make here. This is not the first time that any retired CJI has been given a government responsibility.

Former CJI Ranganath Mishra, a darling of Lutyens biradari and had given clean chit to the Congress leaders in 1984 Anti-Sikh riots, was given Congress ticket and served as Rajya Sabha member, between 1998 and 2004.

Not only this, the Congress also gave party membership to Justice Abhay Thipsay ahead of 2019 Lok Sabha elections. This is the same judge, who toed the anti-Hindu line of Sushilkumar Shinde and Digvijaya Singh, had claimed Hindus had carried out 2008 Malegaon blasts, even before the investigation came to its conclusion.

While these judges were elected to the legislature by the Congress party, Justice Gogoi has been nominated to the Rajya Sabha by President Ramnath Kovind.

There is a crucial difference between elected and nominated members. Justice Gogoi is not subject to any party’s whip and has freedom to criticise BJP government in the upper house.

It is interesting to note here a report released by Vidhi Centre for Legal Policy. It says 70 out of 100 Supreme Court judges, who retired as on 12 February 2016, took up post-retirement jobs with various permanent and ad-hoc bodies and committees, with the greatest number taking up quasi-judicial posts.

Related Article  McCarthyism - The New God Of NYT, NDTV, The Hindu, The Wire …

Then, there was no rants about attack on independence of judiciary and quid pro quo decisions.

The report gives the reasons for large number of appointments of apex court judges to various central or state government positions. It finds that 56 per cent of the appointments made was as per the needs of the law.

So, the appointments are requirement of the law and hence, there is no reason for the left-liberal jamaat to beat their chests. In other words, if Sonia Gandhi makes an appointment, it is constitutional and democratic, but if Modi does it, it is undemocratic and attack on judicial independence.

What kind of argument is this? Is this birdari here only to make a noise on each and every issue?

And saddest thing is, the reporters on ground do not ask these questions, but record bites and send them to their Lutyens bosses, who run a campaign, which fails to impress people’s conscience.

Shouldn’t these reporters ask some tough questions to this jamaat like – What you want? Do you want a Sitaram Yechury, a communist cardholder, an urban naxal like Gautam Navlakha or a representative of Lutyens media like Rajdeep Sardesai, to be appointed to quasi-judicial and ad-hoc panels?

Will this biradari act on it? It remains to be seen.