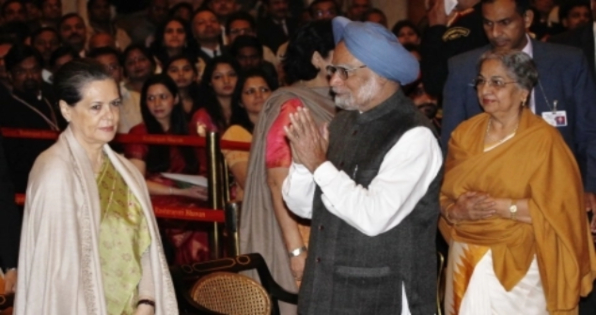 In April, the present AICC President Sonia Gandhi and her Lutyens brigade had raised a storm, asking Prime Minister Narendra Modi to transfer all the funds received under PM CARES to the Prime Ministers National Relief Fund (PMNRF) to give relief to people affected by Coronavirus.

However, the Modi government rejected this demand, perhaps, it feared that the distribution of the fund to the needy would hit a roadblock, because Sonia Gandhi is a member of the managing committee of the PMNRF.

According to Sonia, fund transfer should have been done for better transparency, accountability and efficiency.

It is quite laughable to hear Sonia bragging about transparency.

For the past few days, Congress party has been facing allegations of a secret pact with the Communist Party of China, which perhaps has forced its leadership, not to speak a word against the Chinese government amidst Indo-China faceoff at Galwan valley.

Yesterday, startling revelations about monetary transactions between Congress and China, came to the fore. The documents, in the possession of India Speaks Daily, reveals that Rajiv Gandhi Foundation had received donations thrice, from 2005 to 2009, from Chinese government and its Ambassador to India.

During these three years, as per the foundation’s annual reports, received Rs 1 crore. At that time, Manmohan Singh was the Prime Minister, but the UPA government was fully under the control of Sonia Gandhi who made all the decisions for the country.

The report also disclosed about the foundation receiving donations from the Prime Minister’s National Relief Funds not once, but multiple times.

In yet another startling exposure, Manmohan Singh as Finance Minister, in 1991, tried to allocate Rs 100 crore over fiver years.

This fact was brought about by Shehzad Poonawala in his tweet. “Big big breaking. PMNRF under Dr MMS not only gave money to Sonia run RGF but in 1991-92 Budget when Dr MMS was FM he sough to give a huge sum to RGF from he Union Budget -it was stalled when there was uproar. Share and expose @pmoindia we need enquiry.”

Along with the tweet, Poonawala attached the document culled out from the records of the Indian Parliament.

Not just PMNRF, seven ministries and government departments, including Ministry of Home Affairs and 11 public Sector Units donated to the foundation from 2005 to 2013.

The diversion of hard-earned money to a family-run foundation is a fraud and a big betrayal of the people of India.

However, the people of India, by now, must have come to know the way Congress ruled the country.

Hey wait! Was this the experience of the Congress of siphoning off money prompted its leaders to raise doubts over Modi’s PM Cares Fund? Looks like ….