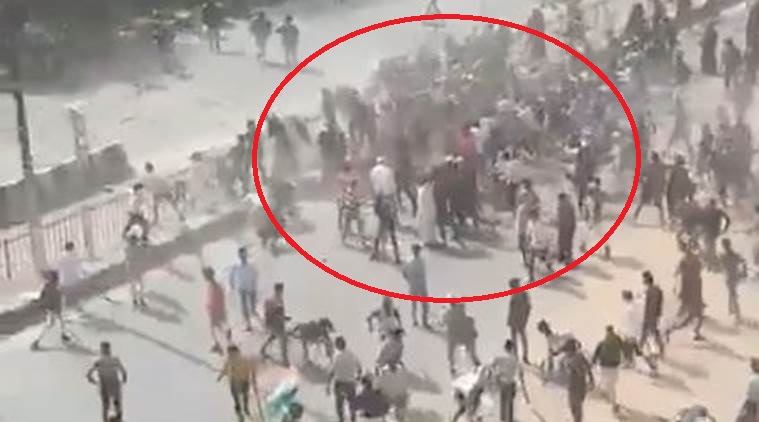 Does The Left-Liberal Media Has The Spunk To Air These Jihadi Videos?

Two spine chilling videos have emerged from Northeast Delhi’s Chand Bagh, in which, one can see a violent Jihadi mob along with Burkha-clad women, pelting stones on Delhi police personnel.

In one video, the mob is seen running away from teargas shelling policemen, but return with a menacing pace and begin pelting stones at them, amidst sounds of gunshots being heard in the background.

In another video, an injured DCP Amit Sharma is seen being escorted by policemen as protesters throw stones at them.

Consistent falsification of facts cannot be passed of as journalism. Time is ripe to call a spade a spade. They are not peaceful protestors, but Jihadis on the prowl to inflict carnage upon the entire system. This is waging war against India. But for the videos, it would have been difficult to rebut the “anti-Muslim” narrative.

Surprisingly, there absolutely pin drop silence over the shooting down of a terrorist on the London bridge in UK, but when something of this sort happens in India, there is a big hue and cry against the system. We have PILs filed in courts and abuses hurled on Prime Minister Narendra Modi and Home Minister Amit Shah.

All these prayogs (experiments), made by this brigade, ever since Modi’s raj in Gujarat, have failed and shall fail in future.

They must understand the power of social media, which the citizens use to destroy their experiments in fraction of seconds. They got away decades back, but this time around it is not possible.