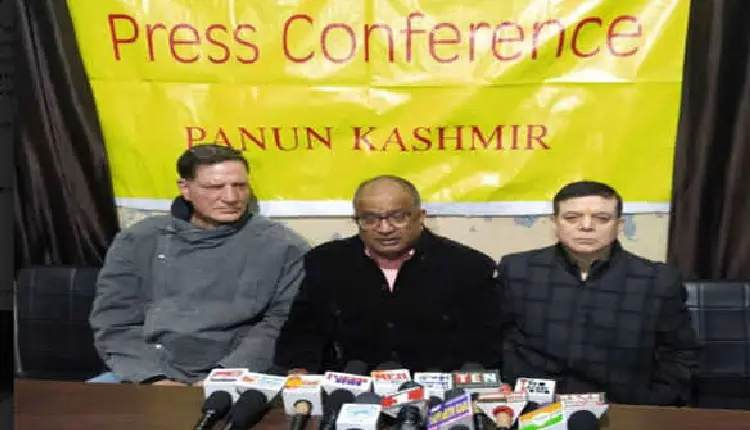 Having Experienced Genocide and religious cleansing; Been a witness to the handling of Jihadi separatism in Jammu and Kashmir by successive governments during last four decades; We state it Unambiguously. That all through till the present times, Government of India has failed to defeat terrorism because it has relentlessly pursued a conscious policy of not recognising the Jihadi nature of war unleashed in J&K and its Genocidal implications on Hindus in Kashmir , Jammu and elsewhere in rest of India.

The Dangri massacre of Hindus in Rajouri Poonch would not have happened in case the Government of India would have read accurately the message inherent in the selective Genocidal killings of Hindus in Kashmir leading to one more religious cleansing from there.

We are all witness to a vicious policy of trivialisation of terror threat in Jammu and Kashmir for quite sometime by the echelons of Government itself in J&K and New Delhi.Terror is on its last legs, Jammu is almost free of terror, killings of Hindus are acts to defame Muslims,
have been acts of self disinformation as well as distortions of the grim reality in J&K. A vicious policy of ‘Normalisation of Terrorism’ is on in J&K and unless it is abandoned lock stock and barrel we are in grave danger in the nearest future.

The delinking of terror from its religious ideological moorings, undermining and denying the communal nature of terror violence are acting as subversive processes of Secularisation of Terrorism.

It seems the government willfully has allowed itself to be wrapped in Delusion. The ‘normalcy’ drum beating every now and then has led to a situation where critically needed VDCs in most vulnerable areas were made defunct despite decisions to keep them active.

In its over eagerness to Declare Normalcy Government of India has insulated Abnormalcy which has allowed terror crops to grow and flourish. How could it happen that despite daily killings of terrorists their number as per government’s own admissions has remained same for years?

The recent high powered security review presided by none other than Union Home Minister has appeared more as a perception management exercise than correcting the pitfalls in security assessment and responses.

We urge Government of India to forthwith recognise the following:

The primary targets of terrorist violence in Kashmir as well as Jammu are Hindus. Hindus in J&K are face to face with a new cycle of Genocide.

Repatriation of Hindus to Kashmir is tantamount to sending them to a death knell and the relocation of Hindu employees to Jammu is an existential necessity to forestall an impending catastrophe.

As the elections in the Union Territory as well as New Delhi are coming nearer, the vulnerability of soft targets in J&K will increase immensely.