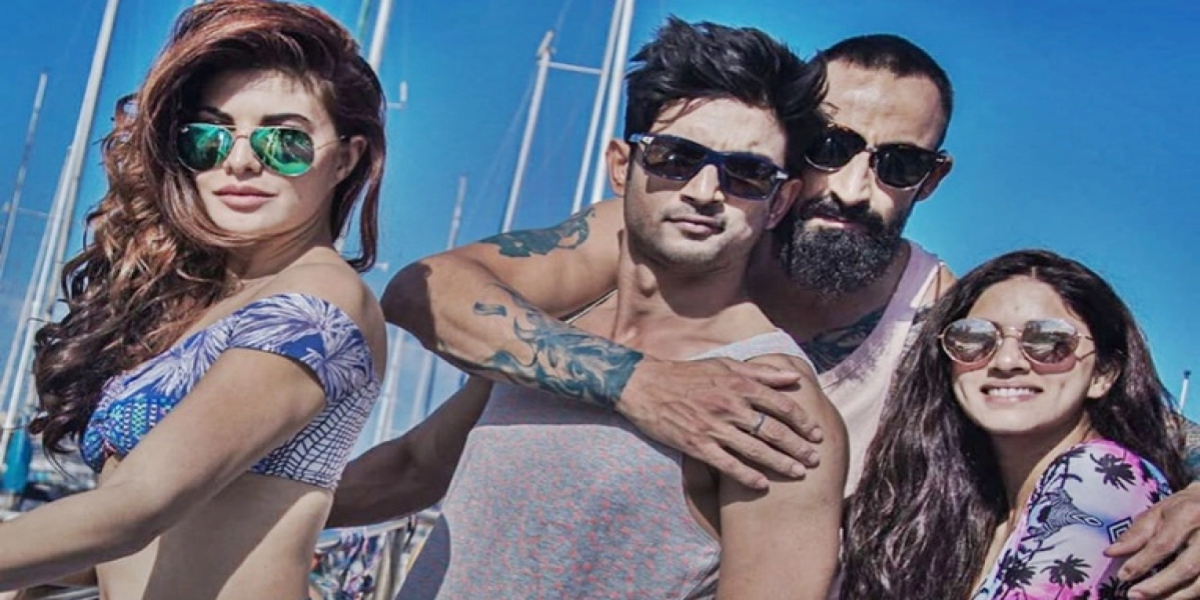 On June 14, a news came in about Sushant Singh Rajput’s death.

Immediately thereafter, the media launched its propaganda that the Bollywood actor committed suicide. Even the police initiated its investigation in this direction. However, it is a case of murder and was executed by professional killers hired by Dawood Ibrahim.

Now, why am I saying it is murder case and Dawood Ibrahim is involved in it?

Bollywood has deep connections with Dawood gang. Where ever big money is there, this gang is operative there.

Bollywood plays with big money and Dawood gang pump in money in the film industry to convert black money into white. And, it is a very well established fact that Dawood controls entire Bollywood. Therefore, the hand of Dawood Ibrahim in Sushant’s death cannot be ruled out.

On June 13, a day before Sushant’s death, all the CCTV cameras, in the building he lived, were either made dysfunctional or damaged. Moreover, the police did not find suicide note in the flat. Despite this, it is surprising that the police initiated the investigation from a suicide angle.

A few days before Sushant’s death, he was receiving life threatening calls, due to which, he was extremely disturbed. He was so much worried that he used to sleep outside the flat. Sometimes, he used to sleep in his car in deserted places. The problem with him was, he was all alone. Nobody stayed with him.

Sushant also had changed his SIM cards as many as 50 times, a month before his death. This only indicates that the actor was getting threat calls from professional killers.

After gathering these facts, the police has now began its investigation afresh. Such high-profile cases are seriously investigated by the police. And, that is for two reasons – either to punish the murderers or to receive bribe in crores from high-profile suspects,.

It also depends on the government, whether it is serious about the case, but unfortunately there is a big question mark on its intentions to rightfully pursue the case.

So, who killed Sushant?

The first suspect is Sushant’s servant. He had called the police and said that the actor had committed suicide by hanging himself to the ceiling fan. Now, a question arises – if Sushant committed suicide, then where was his servant?

Before Sushant’s death, he had asked his servant to get him a glass of juice. Later, the servant changed the statement, may be on somebody’s advice or pressure. However, I wouldn’t say that the servant was involved in Sushant’s murder. Nevertheless, the servant, without any doubt, knows lot of things about Sushant including his worries and threat calls he was receiving.

Moreover, there was a dog in Sushant’s house and the neighbors did not hear any barking on the fateful day. Either the dog could have been locked up in another room or could be acquainted with those who killed Sushant. These could be the reasons why the neighbors could not hear the barking of the dog.

Also, the duplicate key of the flat is missing. If it is missing, who would be having it? The servant would know this certainly.

The second suspect in this case is Sandeep Singh, who is a film director and Sushant’s friend. It is said that he was giving all the updates about the actor to actor Salman Khan and filmmaker Karan Johar. Therefore, despite changing his SIM cards 50 times, Sushant used to receive threat calls. This was also alleged by folk singer Sunil Chaila Bihari.

Some people suspect that Sandeep Singh killed Sushant with the servant’s help on the behest of Dawood Ibrahim because the actor knew a very vital information amidst media reports of his ex-manager Disha Salian having a troubled relationship with actor Sooraj Pancholi, who reportedly impregnated her

The third and fourth suspects are actress Rhea Chakraborty and film director Mahesh Bhatt. Rhea was Sushant’s girlfriend and staying with him.

Police had also recovered a green colour cloth from Sushant’s neck. The cloth belonged to Rhea. The secret behind the use of green cloth was to mislead the investigation.

I am working on some more facts and would reveal other big suspects soon.